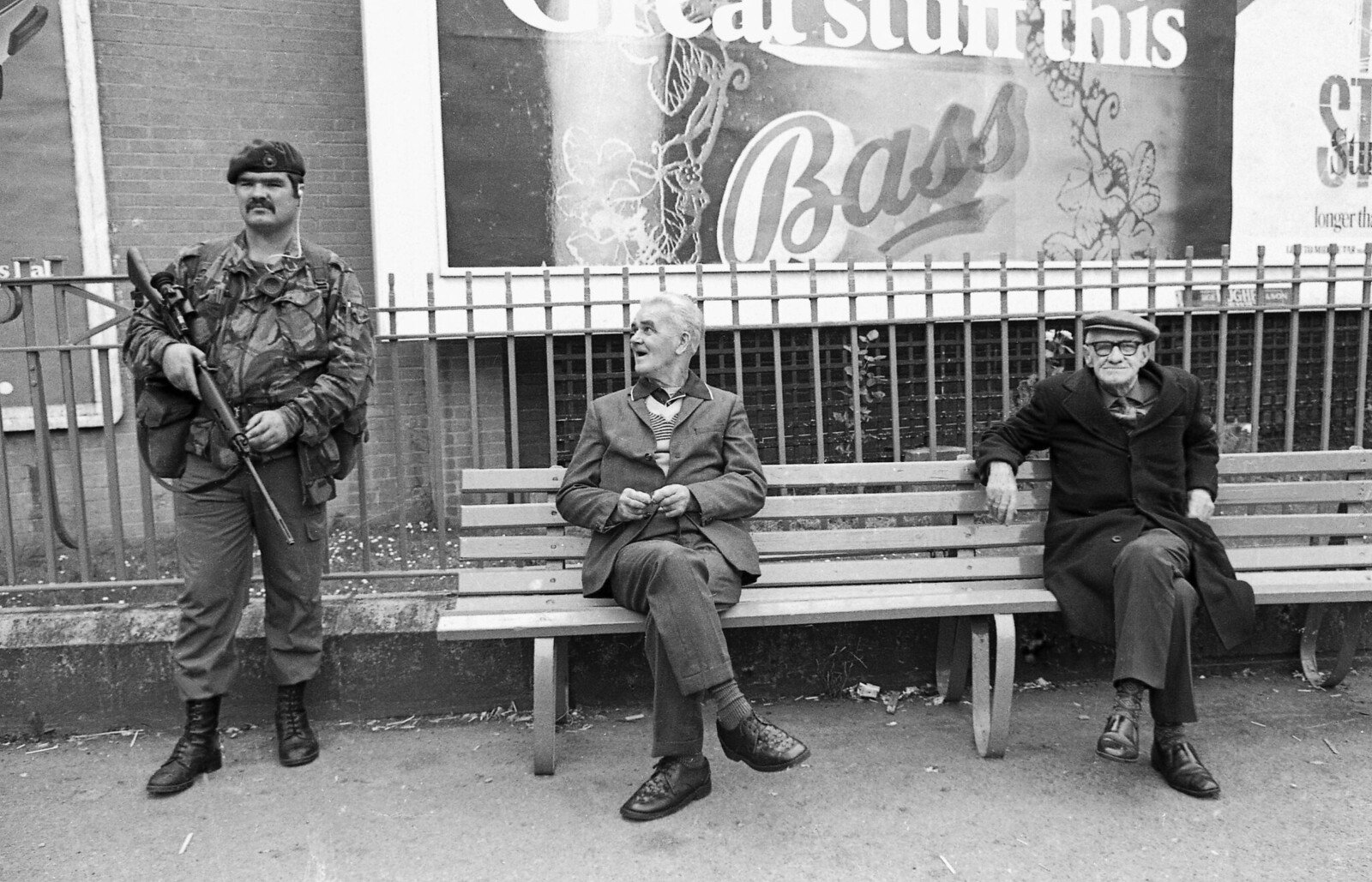 INTRODUCTION to ‘Melancholy Witness’ the 2013 book of these photos:

There were old folding roll-film cameras in our house, because my grandfather had been interested in photography when it meant printing with a wooden contact frame placed for exposure on the roof of the garden shed. I was a tinkerer so eventually got some film and put it in one, and was quite quickly hooked.

I grew up in the small border town of Newry, in a loving home but an outside environment of violence and chaos, and inspired by my father with a strong sense of justice and a feeling of responsibility, found here was something I could do, if only to record what I saw for posterity.

The earliest of these photographs were taken in 1979, when I left home at 18 to study.
I had been enthusiastically taking photos for a few years and even had a darkroom in the attic at home. One result was that I could guess an exposure pretty well, so I could concentrate on the photo not the camera, but I have never been a stickler for technicalities, so my negatives are actually far from perfect.

However by the early 80’s Northern Ireland had been much photographed, and there were few outlets for new photos. Now studying in London, a young artist trying to find a voice, I instead found a form in a style of photomontage inspired by Pop and Dadaism, but based on these photos, which I continued to take.

The montages became my main work and the photos were relegated to source material, never exhibited, and at one point removed from their protective sleeves and stuffed for over a decade into a plastic carrier bag. The last were taken around 1992, when I moved to Dublin and made the last of the related montage works too.

There are actually maybe about a dozen particular events photographed as well as other individual photos, but there was no overall plan. The photos are very much my personal experience and vision and I have no illusion or pretence that they represent for instance the experience of any other person or group, but here they are for what we can learn from them.

I still find them interesting and affecting and hope you do too.

See ‘Melancholy Witness’ the book at The Book Depository

Read about the pictures and the book at The Irish Times