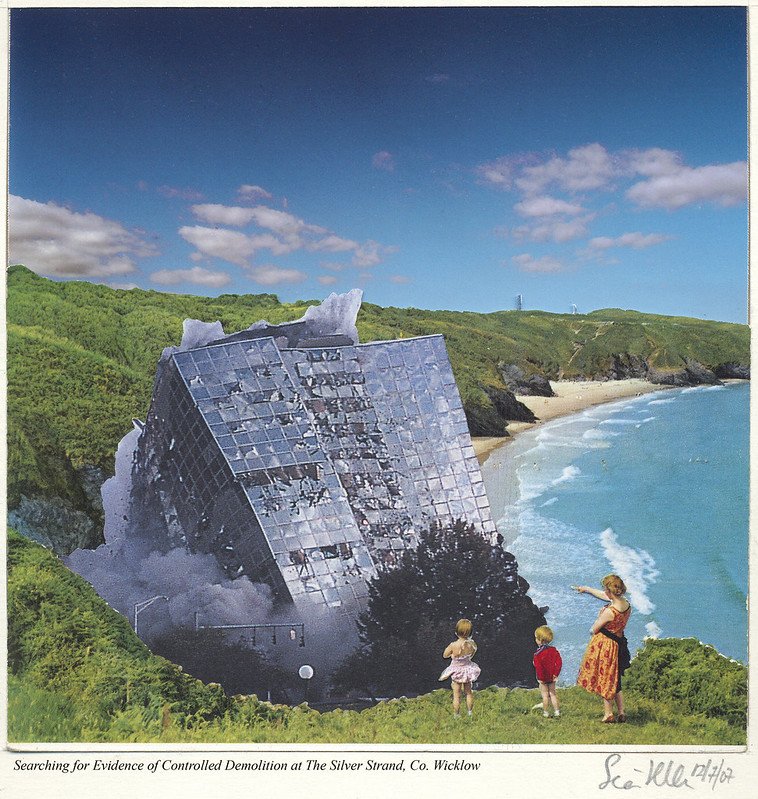 A set of collages begun around 2007, when I won the competition to co-design the official Memorial to the controversial Omagh Bomb, the single greatest loss of life during the whole conflict.  Suspicion was raised about state complicity in the bombing and has not been dispelled. At the same time I discovered that an acquaintance I was fond of, a picture-researcher in London had been killed in the 7/7 2005 bombings, which had been used to bring in ‘Draconian’ legislation and again about which there was anxiety and suspicion of state involvement. As someone who had grown up in (and made art about) a cauldron of ideologically-driven violence, propaganda and intrigue, I was fascinated by the questions about what we know and don’t know, believe we know and don’t, want to know and don’t, and how people come to believe what they do, about themselves and others. I started this series called “Searching for Evidence…” which is partly about those anxieties where I re-stage them in my Hinde-ean dream-version of Ireland.