Visit the studio by booking in advance. 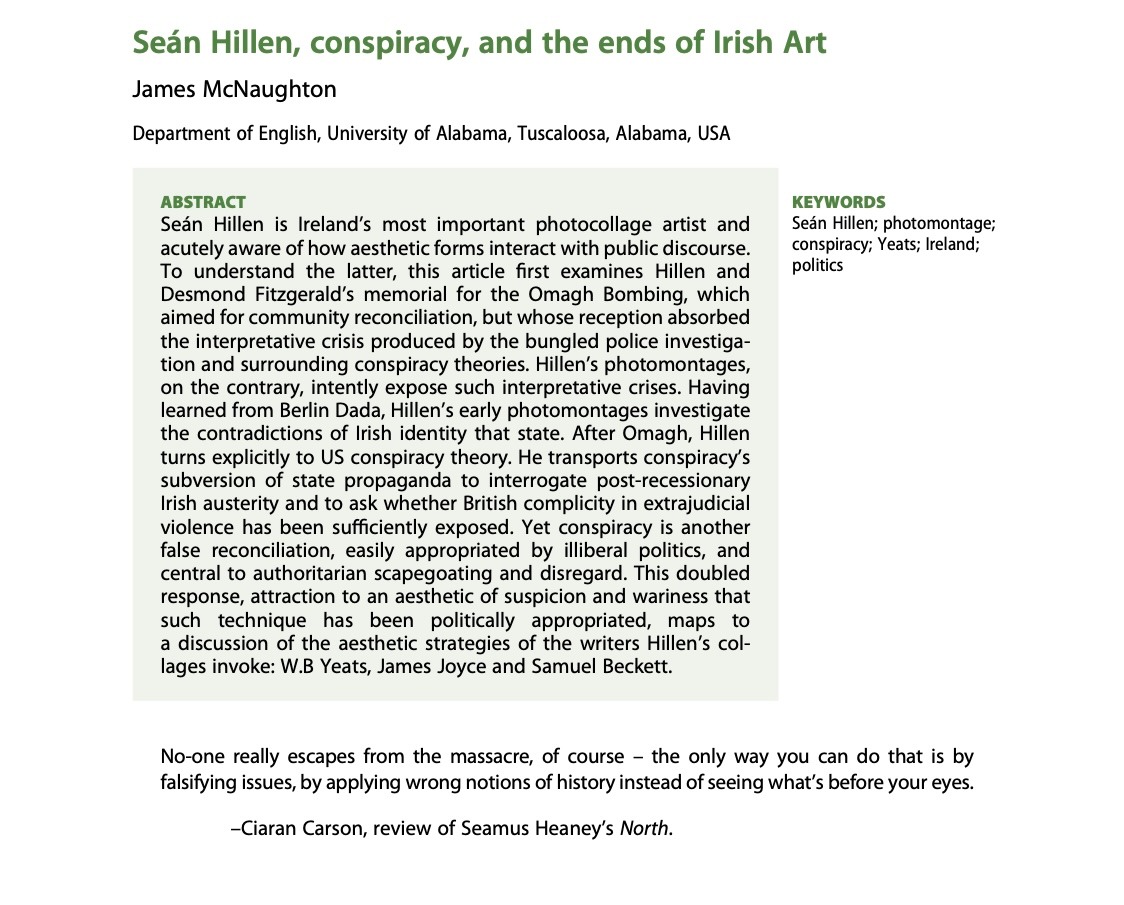 ‘Seán Hillen, conspiracy theory and the ends of Irish art‘ by Professor James McNaughton of the University of Alabama, published in Irish Studies Review;

“Seán Hillen is Ireland’s most important photocollage artist and acutely aware of how aesthetic forms interact with public discourse.
To understand the latter, this article first examines Hillen and Desmond Fitzgerald’s memorial for the Omagh Bombing, which aimed for community reconciliation, but whose reception absorbed the interpretative crisis produced by the bungled police investigation and surrounding conspiracy theories. Hillen’s photomontages, on the contrary, intently expose such interpretative crises.

Having learned from Berlin Dada, Hillen’s early photomontages investigate the contradictions of Irish identity that state. After Omagh, Hillen turns explicitly to US conspiracy theory. He transports conspiracy’s subversion of state propaganda to interrogate post-recessionary Irish austerity and to ask whether British complicity in extrajudicial violence has been sufficiently exposed. Yet conspiracy is another false reconciliation, easily appropriated by illiberal politics, and central to authoritarian scapegoating and disregard. This doubled response, attraction to an aesthetic of suspicion and wariness that such technique has been politically appropriated, maps to a discussion of the aesthetic strategies of the writers Hillen’s collages invoke: W.B Yeats, James Joyce and Samuel Beckett.”

Want to read the full article? Click HERE or HERE

We use cookies to ensure that we give you the best experience on our website. If you continue to use this site we will assume that you are happy with it.Ok